Home  > INFO CENTER  > NEWS  >  Damian Lillard fires back at Paul George: 'If anything, it was bad defense'

Damian Lillard fires back at Paul George: 'If anything, it was bad defense'

Portland Trail Blazers guard Damian Lillard takes issue with Paul George’s opinion on Lillard’s 37-foot buzzer-beater that sent Portland to the conference semifinals. Lillard fired back at George, not only defending his shot selection, but calling out George in the process.

Lillard appeared on the Pull Up with CJ McCollum podcast, where he was asked about George calling the game-winning bucket a “bad shot.”

“For him to say that’s a bad shot, I mean, that’s just kinda being a poor sport. If anything, it was bad defense. ’Cause I had the ball in my hands with two seconds [left] and I wasn’t going to drive, so maybe he should have just bodied up.”

Lillard does make a good point. While George likely didn’t anticipate Lillard would pull up from 37-feet initially, he should have realized Lillard didn’t have a choice as the clock ticked down. Maybe that’s a lot to ask in the heat of the moment, but it’s a fair criticism of George’s defense on the play. 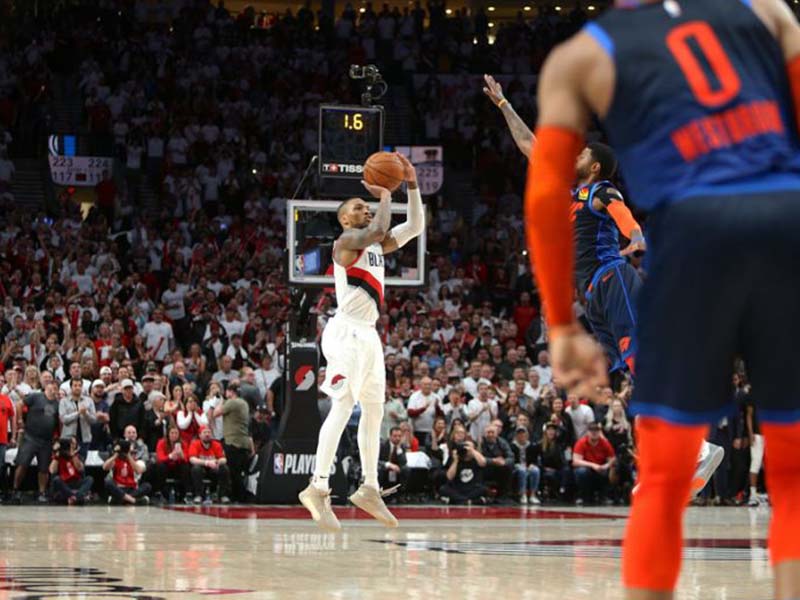 At this point, it might be safer for George to just not respond to Lillard’s criticism. Whether it was a “good” or “bad” shot, it went in. Anything George says now will just look like sour grapes.

If George really wanted to get Lillard back, his best option is to just wait until next season and hope he can get revenge on the Trail Blazers. It takes time to come back after losing like that.