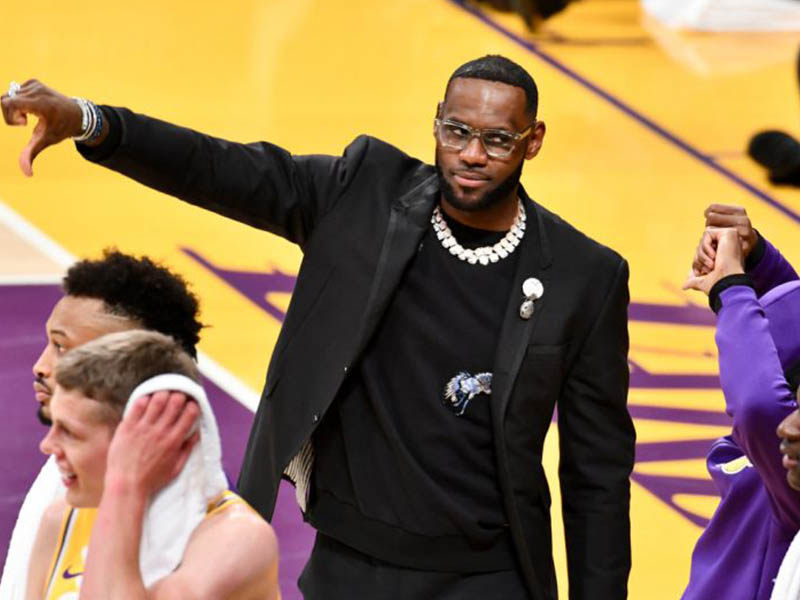 LeBron James is all good with the Lakers front office, and hilariously shut down an ESPN report stating otherwise on Wednesday. (Allen Berezovsky/Getty Images)

ESPN’s Dave McMenamin reported on Wednesday that the Los Angeles Lakers have “a lot of work to do to repair their relationship” with LeBron James this offseason — a topic that was discussed on ESPN’s “First Take” on Wednesday morning.

From the outside looking in, it’s easy to see why that would make sense.

The Lakers missed the postseason this year, marking the first time since the 2004-05 season that James has failed to reach the playoffs. The team fired head coach Luke Walton just days after team president Magic Johnson surprisingly stepped down, too.

With everything that has happened to James this season, paired with the current turmoil within in the organization, it would make sense that the best player in the league is upset after his first year in Los Angeles.

James, though, wasn’t having it.

The Lakers star — who actually saw the report on “First Take” while working out at the team facility — posted a video to his Instagram story denying the reports.

“That. Is. Not. True,” James said laughing. “That’s not true at all. I’m actually at the Lakers facility right now!”

The 34-year-old averaged 27.4 points and 8.5 rebounds this season in Los Angeles, but only played in a career-low 55 games — partly due to a groin injury he suffered on Christmas Day, which sidelined him for five weeks while the team plummeted in the standings.

While the Lakers have a lot of work to do this offseason — including hiring a head coach and landing a star player in free agency, among other things — “repairing their relationship” with James is apparently not necessary.

They are all good on that front.